Randall Abrahams insists that success should be measured in results, not in tabloid headlines – and advises ‘just getting on with it’ when faced with a daunting challenge. 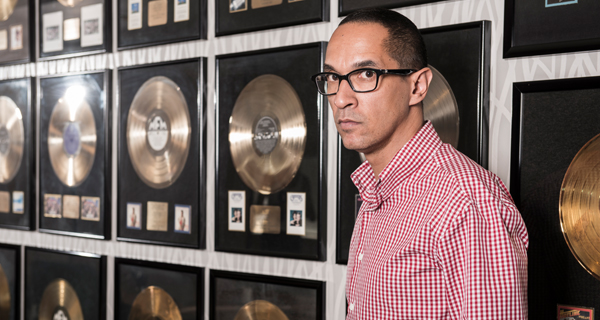 Do you have to be a ‘Mr Nasty’ to clamber up the corporate ladder? Certainly not, according to music industry executive and Idols judge Randall Abrahams – but it helps to have a clear vision of what you need to accomplish and then zero in on that goal with single-minded determination.

In the case of M-Net and Mzansi Magic’s reality talent-search programme Idols, that goal is simply to find a commercially viable pop artist from the thousands of starry-eyed wannabes who audition every year.

If you’re the big boss of the South African Music Awards, the goal is to ensure a professional, entertaining and incident-free event that effectively showcases local music. And as managing director of Universal Music South Africa, the goal is to shepherd the record company towards profitability and sustainability in a shape-shifting music industry.

It’s crucial to keep your eye on the ball and persistently dribble towards the goalposts, Abrahams believes. As he points out: ‘No one remembers the runner-up team in the World Cup.’

Most South Africans know Abrahams as a no-nonsense entertainment industry guru with an encyclopaedic knowledge of music and an uncanny ability to sort the promising wheat from the no-hoper chaff. In fact, over the years his often uncompromising style has ruffled the feathers of more than a few quivering Idols hopefuls who truly believed they had what it takes to be the country’s next music superstar – but whose hideous caterwauling should really have been confined to the shower, if anywhere at all.

One only has to recall his pained expressions and winces upon hearing yet another excruciating mangling of Roberta Flack’s Killing Me Softly to realise that Abrahams is not on the programme to massage fragile egos and give entrants false hope – show business is a business, after all.

Chatting to him at his office at Universal Music in Sandton is not an easy exercise. Abrahams is a busy man, juggling various electronic gadgets and apologising for having to interrupt the interview to take an important phone call all the way from Tokyo. One gets the impression there are a zillion things whizzing through his mind simultaneously, but that he actually thrives on keeping several balls suspended in the air at the same time.

This is the stone-cold reality behind every successful individual: you have to work hard. There’s no getting around it. Success – whether you define it using the currency of personal achievements or financial affluence – is very seldom a matter of sheer dumb luck.

In Abrahams’ case, it’s been a long journey to get where he is today, and an eventful one at that. Interestingly, he studied neither music nor business at varsity – which just goes to show that you needn’t be boxed in or held back by your chosen study direction, which can serve as a launching pad to other, more fulfilling prospects.

The career options were pretty limited for a child growing up in Lansdowne on the Cape Flats in the turbulent 1980s. For this self-confessed ‘music geek’ who was hooked on listening to radio chart shows, there were only dreams of being a pop star a la Elvis Presley, his hero.

‘I was very involved in politics at the time, and went to study political science in order to study something,’ he relates. ‘Things have markedly changed today, but when I was young there were so few things you could do.’

While enrolled at the University of Cape Town, the young student found himself spending more time at the campus radio station than in class. Music, that alluring mistress, was beckoning him with her irresistible siren call, but it was only when his friend Mark Gillman clinched a job a popular station Good Hope FM that it dawned on Abrahams that his obsession could actually turn into a viable career.

His first job was behind the scenes at GHFM, diligently learning the ropes in all disciplines including the programming of music, leading to his rapid elevation to station manager by the time he hit his mid-20s.

But having such a lofty position of responsibility thrust on him at a young age didn’t daunt him in the least: ‘It was a case of “just do it” … you don’t sit around too long contemplating it,’ he says matter-of-factly. He was thrown into deep water and had to learn how to swim – fast. A method that’s often the best way of learning.

Since that early career breakthrough, Abrahams has gone on to hold several influential positions in the music and marketing industries, including helping propel youth radio station YFM to success after it launched in the late 1990s.

Then, as head of commercial radio at the SABC, he served as a ‘change agent’ at a number of major radio stations – rolling up his sleeves and overhauling them, a job that probably didn’t earn him many Mr Popularity awards, given people’s innate resistance to wholesale change. But the proof of the pudding was most definitely in the eating: improved financial results and award-winning marketing campaigns.

He brought this transformational approach to the South African Music Awards last year as CEO, reviving the brand’s image after it had become somewhat tarnished in preceding years. He believes the awards are now back on course as a powerful showcase and marketing tool for South African music, with a whopping R290 million worth of public relations value generated in the year 2012 alone.

After taking up the job heading up Universal’s sub-Saharan operations, he retreated into the more behind-the-scenes role of chairing the supervisory committee of the SAMAs, but remains committed to helping the country’s flagship music awards event flourish. He has also served on the board of the Advertising Standards Authority and chaired the National Broadcasting Association of South Africa.

Abrahams is keen to dispel any illusion that his job is a ritzy, glitzy one. ‘People think [being in the music business] is overwhelmingly glamorous. Not to take the shine off it – it’s not the worst job in the world – but it’s results-based, just like any other job. You do deals, you have records that are and are not successful. It’s a great business, but it’s about getting results – and the higher up the chain you are, the more results-based it is.’

At the moment, the global music industry is faced with multiple upheavals and challenges, but the South African market is not an exact replica of its international counterparts and has its own quirks and peculiarities. For example, even though iTunes and other digital music download platforms are available here, the market for physical CDs is still quite robust.

If only the music business were simply about churning out hit records! It’s sadly not as straightforward as that, Abrahams says. ‘It’s about careful assessment and ongoing management of change… but if we find our own Gangnam Style, we won’t have to worry!’

As for Idols, it’s also hard work, he says: you have to hone your judging ability and instincts, be entertaining for a television audience and strive to be honest and fair. At the end of the day, it’s also just a job – albeit a high-profile one.

That’s Abrahams the reluctant celebrity talking. He’s clearly not in it for the fame, the parties and the air kissing: he takes his multiple roles in the South African entertainment arena very seriously. He approaches what he does from a business point of view, not for vanity or other egotistical reasons. For him, fame and success are not joined at the hip.

As his idol, Elvis, said in 1972: ‘The image is one thing and the human being is another… it’s very hard to live up to an image.’ 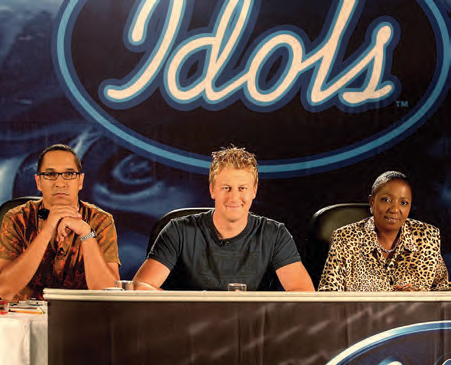 Famously guarded about his private life, he somehow manages to keep personal details close to his chest – a rare accomplishment in today’s celebrity-obsessed society. But ask him about music and his face lights up. That’s his comfort zone, his haven.

It’s one thing to have dreams, but Abrahams believes it’s sensible to complement them with a healthy dose of realism; not everyone can be the next Lady Gaga or Usher, but you can hit dizzying heights in other areas if you correctly identify your strengths and talents.

He, for example, loves music and has a good business brain, and has combined his passion with his aptitude to great effect.

You need will and drive to succeed, he insists: ‘Talent is never enough.’ And, of course, it helps to have ‘ruthlessness in spades’, he says, at least partially tongue in cheek, before adding: ‘But I think you can be a bloody-minded softie.’

This, of course, brings us to his reputation of being a notoriously tough nut to crack. Abrahams feigns surprise, saying he thinks his approach has softened over the years.

‘They don’t still call me Mr Nasty, do they?’ He permits himself a glimmer of a smile as the interview draws to an end: ‘I’ve reinvented myself – I’m soft and fuzzy now!’